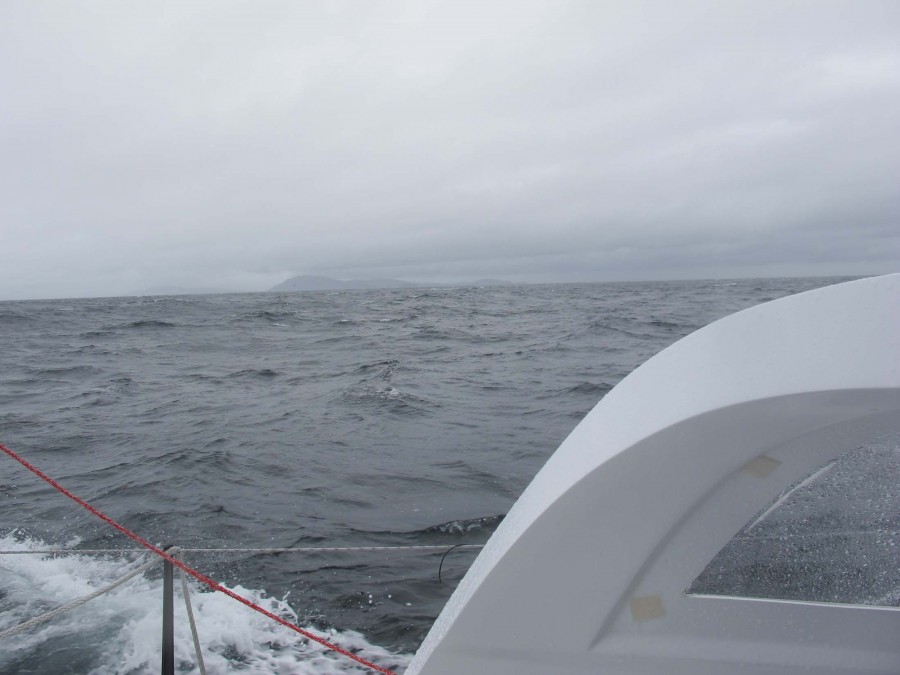 Swiss sailor Dominique Wavre set a new record this morning onboard Mirabaud when he rounded Cape Horn at the southernmost tip of the American continent for the ninth time in competition.

He left Les Sables d’Olonne in France on 10 November 2012 to race his fourth Vendée Globe solo round the world race and has been at sea for 60 days. Wavre is currently lying in seventh place, just 300 nautical miles behind fifth placed Jean Le Cam with 7,000 miles to go to the finish.

Dominique Wavre first rounded Cape Horn in 1981 during the Whitbread round the world race and he went on to race the next three events. He rounded the Horn again in 2000 and 2004 during the Vendée Globe, and then in 2007 and 2010 during the Barcelona World Race.

Each rounding holds memories for Dominique, but he is much too absorbed in the current race to comment much on this impressive record! “I am absolutely delighted to be leaving the Southern Ocean behind me, the cold, the ice, the damp!” he said. “I feel for the sailors that have come before me through history, freezing cold, no technology, it must have been incredibly tough and terrifying. This region is a graveyard for vessels and you can’t ignore that fact when you sail in these waters. It is a very powerful place.”

Mirabaud & Cie Private Bank partner and CEO, Antonio Palma, sponsor of the project, was delighted with Dominique’s new record: “What Dominique has accomplished since the start of the Vendée Globe and for that matter since the beginning of his career is absolutely amazing. We are very proud to be associated with such an impressive sailing record and with a sailor that demonstrates such exceptional human qualities. I wish Dominique luck for the rest of the race and I very much look forward to congratulating him in person at the finish.”