Latest Update: Dominique and Michèle stopped in the Middle of their race! 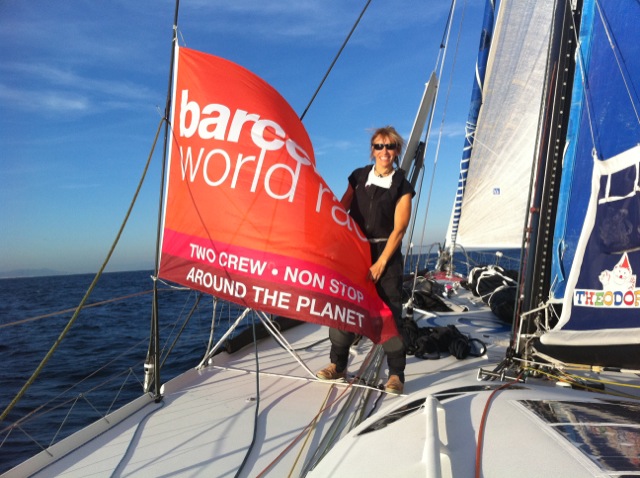 Mirabaud was boarded this morning by an aggressive Moroccan customs patrol unit who carried out a full search of the racing yacht, causing considerable upheaval.  Bags were thrown onto the floor, freeze dried food sachets were torn apart and the vacuum packed rations, so carefully prepared by the team over the previous weeks, were opened.  Bags containing fragile electronics were trampled under foot and the cabin generally transformed into chaos.  The custom officials finally left half an hour later after receiving a radio call.

Speaking by satellite telephone after the incident, Dominque somehow managed to keep a philosophical frame of mind.  “We’re keeping our chin up and tidying the boat up at the moment, trying to get everything back into place.  We’re trying not to let it get us down.”

In addition to the hour wasted in tough negotiations with Moroccan customs, the incident has undoubtedly put the two sailors off their game temporarily.  To have spent six months in intensive preparations for an extreme double-handed round-the-world race only to find themselves stopped in their tracks by a group of over-zealous military, is a pretty heavy blow.