The race is on for the Aiguilles gate 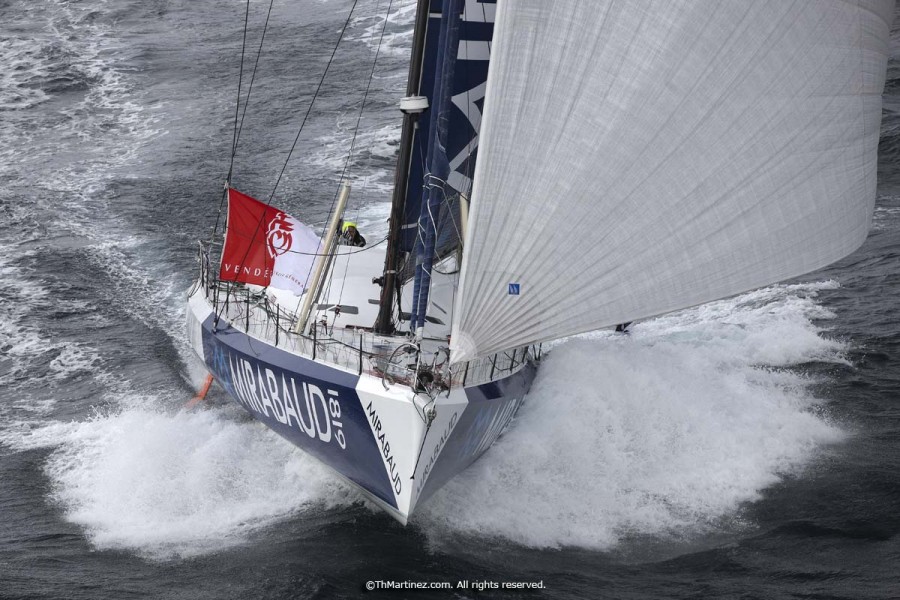 The Vendée Globe fleet has bunched up in the last 72 hours as the three boats (including Mirabaud) in the chasing pack catch up with the leaders. Eight boats are now jostling for supremacy as they race for Aiguilles gate to the south of the Cape of Good Hope.

“The weather over the last few days has been extremely complex,” says Dominique. “And I am loving every minute, the race is completely absorbing and holds a wealth of challenges from a strategic point of view.”

As the front of the fleet slowed down temporarily while they negotiated a ridge of high pressure, Dominique chose a more westerly approach and is now lying just a day behind the leading boat.

The slower pace was short-lived however and the fleet is now up to full speed again as they make a charge for the Aiguilles gate, which they must keep to starboard (sail to the north of it). The temperature has dropped significantly and the sailors are kitted out in their polar fleeces ready for the long and perilous Southern Ocean passage from west to east.

“I am ready,” says Dominique. “With the fleet bunched up again, the race is on as we go into the next phase. We have all raced at full throttle since the start, so this won’t really be any different, but I expect a particularly intense next few weeks.”

The race committee has moved the Aiguilles gate one degree of latitude north and seven degrees of longitude east to better reflect the drifting ice and to protect the sailors from icebergs coming from the Weddel Sea.