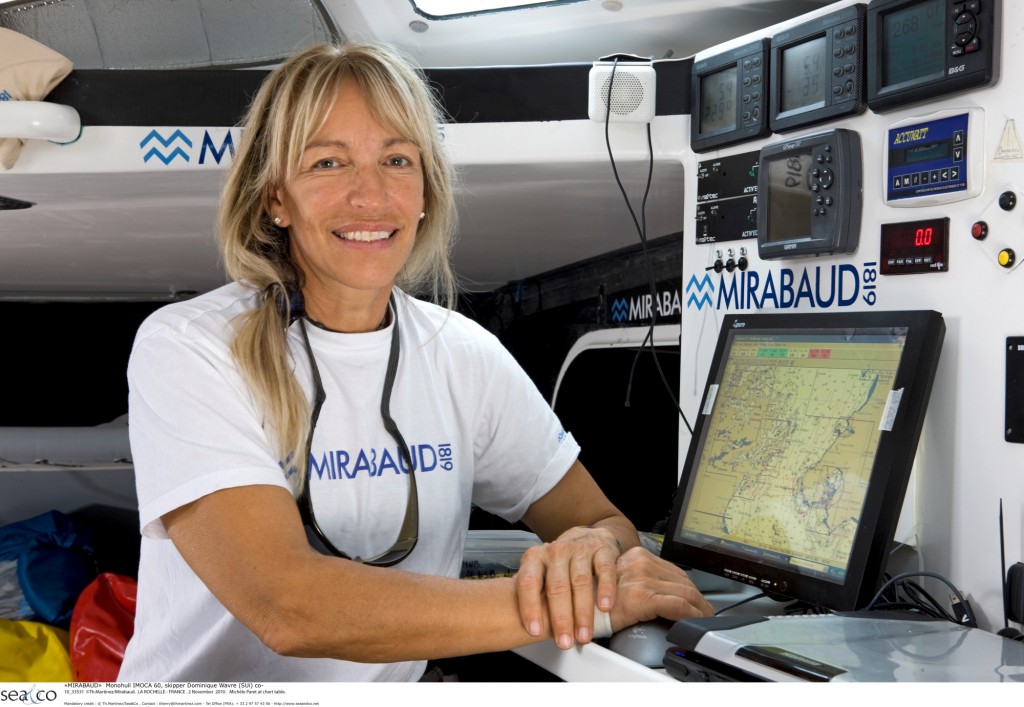 Some people will be telling you stories of boats, sail settings, miles gained or lost. Unfortunately, today I have a sadder story to tell.

The patrol boat (almost certainly Moroccan) first us a first visit this morning.  No identification on the hull…just a number.  They did a couple of laps of the boat, so I turned up the VHF in case they wanted to make contact.  We’ve been checked by French customs in the past (never during a race!), so we thought they would follow the same procedure. Obviously not!  Around 3pm, the unmarked boat was back, this time clearly convinced that they were onto a winner.

At the time, we were sailing close-hauled at around 7/8 knots, with a flat sea and light winds, and the patrol boat cruised alongside us.  We couldn’t believe it when they launched their rib and came towards us, gesticulating for us to stop.  We tried explaining in French, English (and even Swiss!!) that we were racing and couldn’t stop, but to no avail. We finally had to ease the sails and watched incredulously as they boarded.  Two words: ‘Papers and control!’ were repeated again and again.  I looked at Dom:  totally bewildered and looking a little wild with unkempt hair and two days worth of beard, realised I probably didn’t look much better, and decided that the charm offensive probably wasn’t going to work (and in any case customs official are incorruptible right???)

At this point I though, “Ok, we just need to open the vacuum packed passports. I can replace them in a ziplock bag from the food supplies…nothing too serious.” (I was trying to look on the bright side!). Other more negative thoughts flashed through my mind:  none of our competitors was going to wait for us, or worse, what if we were penalised for having two extra people aboard during a double-handed race?

Of all the scenarios going through my mind at that point, I could never have imagined what happened next.

We radioed the race committee, but before they could do anything, our two visitors sprang into action…

I thought we were protected in our carbon cocoon, but unfortunately not.  They started emptying the food bags and the bags of spare parts.  They ripped open the vacuum packed packages and opened and threw the spare alternator on the floor, but the icing on the cake was when they found the bag of epoxy resin and silica powder (white powder for mixing with the resin for composite repairs).  It was impossible to explain things to them.  I could just picture myself pacing round and round a Moroccan jail cell rather than sailing round the world.

Finally, our saving-grace arrived in the form of a phone call from their commander, pulling the plug on their ‘control’.  They left, leaving us just a little confused.

The race is back on…thank you Race Committee!